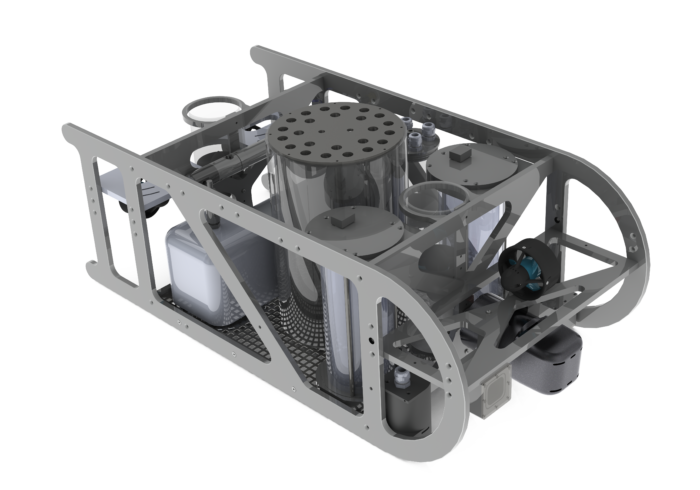 The autonomous underwater vehicle (AUV) Robbe 131 has been developed at the University of Applied Sciences Kiel since 2013. It is designed as a modular platform for test and development of several sensors.