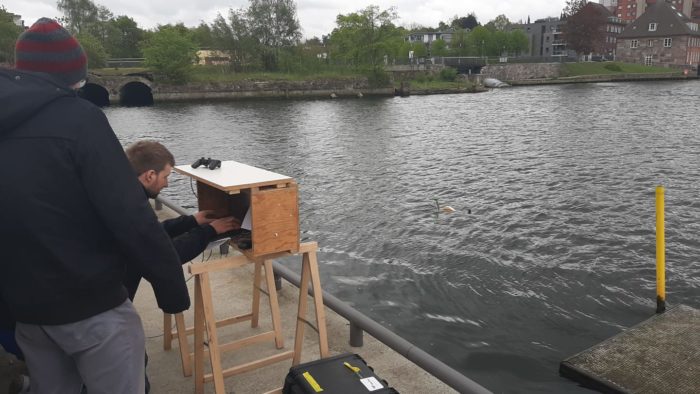 After the Rucksack AUV proved its functionality and watertightness, the AUV-Team-TomKyle proceeded with the first field trial. Successfully! But as often the reality is something different as a testing environment: Our data transmission wire got tangeled up in boulders of the river surface. Then, our sensor board – the control center of the AUV – conked out out of nowhere. Last but not least, the robot thought at 1.20 m depth, it is at 600 m depth and tried to rescue itself in a panic.

But, after the team overcame these hurdles, the AUV showed its great maneuverability. Furthermore the team was able to capture a lot of data. Especially for a novel approach of a laser altimeter system, which is the current subject of a thesis, important real-world data could be aquired.

All in all the team is very satisfied with the field trial and we look forward for coming improvements and tests.